Although a schizophrenia diagnosis can be challenging, AMFM boasts the expertise necessary to fully treat those suffering with this disorder. Schizophrenia consists of faulty perceptions and can result in severe emotional anguish if left untreated. However, our ability to successfully understand and treat schizophrenia goes beyond other treatment centers. Through a diverse treatment plan designed by our expert and compassionate staff, we can help those with schizophrenia reach a higher quality of life and peace of mind.

Schizophrenia is a complex mental disorder that can cause someone to feel extremely out of touch with reality. According to psychological experts, schizophrenia’s origins are thought to lie in imbalanced neurochemicals – specifically dopamine, serotonin, and glutamate.

Schizophrenia can run in families and be passed down through generations. It usually does not appear in childhood, although there are some rare cases where it happens. Schizophrenia is seen more often in male patients, but many women have this mental disorder as well.

Often schizophrenia is confused with schizoaffective disorder. Although they contain some similar symptoms, they are not the same illness. 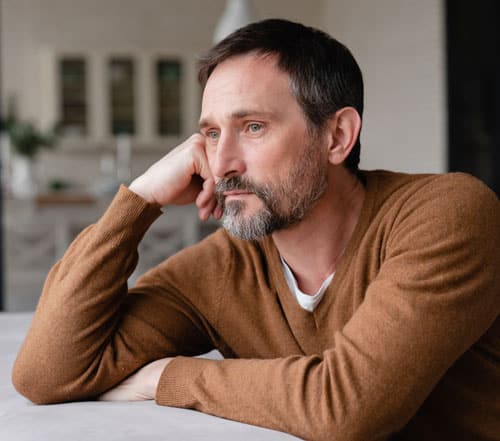 What are the symptoms of Schizophrenia?

Schizophrenia is characterized by distressing symptoms, including:

Seeing, hearing, and smelling things that are not there (hallucinations)

Numbness and lack of emotion

Inflated or grandiose self-worth and self-image

Delusions, or systems of belief not based on reality

How does AMFM treat Schizophrenia?

Although the exact cause of schizophrenia is still unknown, specific treatment modalities help diminish symptoms. Through extensive and synchronized planning, our staff at AMFM provides a full, meticulous, and individualized treatment course for each client that enters our program.

Some of our treatments may include:

Implementation of prescription antipsychotic medications, which can help reduce delusions and hallucinations, and other psychotropic medications

Individual therapy (such as cognitive-behavioral therapy)

Support groups that encourage abstinence from drugs and alcohol, considering these can worsen the symptoms of schizophrenia

A consistent and structured routine

Stress management, as stress can also be a trigger in schizophrenic symptoms arising

Schizophrenia does not need to be a life sentence. Recovery from this disorder requires patience, compassion, and bravery. A lasting recovery from schizophrenia is possible with the right treatment center. AMFM is here to walk with our clients on the path necessary to achieve an enduring recovery.